Indiana, how do we stop smoking?

Every way we turn, it seems someone is talking about smoking – or actually smoking. You may have heard that a proposed cigarette tax increase is currently in the Indiana legislature. You have undoubtedly seen or heard endless anti-smoking campaigns throughout your lifetime. Did you know that in 2018, Indiana fell from 38th to 41st in the nation for overall health, per the United Health Foundation’s annual health rankings? Did you know that Indiana has the 44th highest tobacco use rate and that one out of every five Hoosier adults smokes? And that tobacco use is the greatest cause of preventable death in our state? 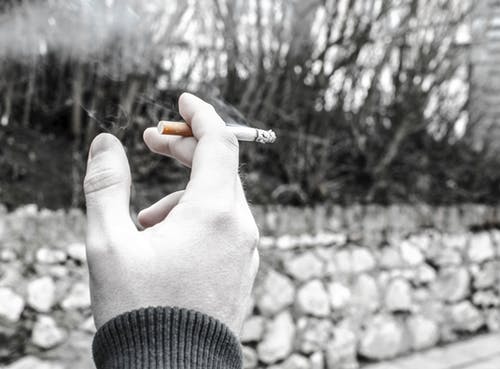 Photo by Lukas from Pexels

This past summer, our team spent time at the Indiana State Fair, talking with the public about tobacco use in Indiana. Here are some of the survey questions we asked, and a summary of the responses:

What do you think of when you hear the word “cessation?”
When asked what they thought of when hearing the word “cessation,” fair-goers had differing opinions. The most important insight is that only a handful of people surveyed said that they relate “cessation” to smoking or stopping something. In fact, out of 26 opinions, 12 people admitted that they did not know what “cessation” meant. Terms like, “stop smoking” and “quit smoking” are more direct and understandable for many people

If you wanted to quit smoking where would you look for resources?
In order to quit smoking, some participants felt that they would need to spend money out-of-pocket and purchase something, like an aide, or invest in a program to help them. A lot of people surveyed did not think they could stop smoking on their own, without the support of a family member, or a tool or device to help them stop.

Several people surveyed noted that it’s very hard to quit on your own, stating that they would (or did, if they had stopped smoking already) struggle to quit because programs, resources, and alternatives are expensive. The cost of and lack of access to resources is sometimes a barrier to quitting smoking.

What would your reaction be if Indiana raised the legal smoking age to 21?
An overwhelming majority of people surveyed felt that the legal age should be raised to 21 or, in some cases, even older (multiple participants even suggested raising the legal age to 75, implying that one should avoid smoking at any age). In fact, many people thought that the legal age already was 21, and several said that cigarettes should be banned altogether regardless of age.

Some participants noted that raising the legal age probably wouldn’t matter, because people who want to smoke will find a way to smoke if they want to bad enough, even if it is illegal for them.

What role do you think lawmakers should play in improving Hoosiers’ health?
There was a wide range of opinions here. We heard from many people who felt lawmakers should ban smoking completely, that they should increase taxes or increase the legal age for purchasing tobacco. We also heard from many people in favor of creating and enforcing stricter policy around smoking in public places including work and school.

On the other hand, many people said that individuals had a right to make decisions for themselves, including smokers. In the context of this question, multiple people responded that they felt lawmakers should not impose additional regulations on cigarettes and smoking. People mentioned that tobacco is an industry providing jobs and revenue for the state. Some would prefer an emphasis on enforcing the current laws regarding smoking and cigarettes.

Participants did note that lawmakers have a responsibility to children. Many thought that lawmakers’ role in Hoosiers’ health was mainly in relation to how smoking impacts kids. Several emphasized that lawmakers should focus on regulating smoking around kids, especially in cars, and enforcing more education about smoking for kids as a preventative approach.

Education could potentially be an effective preventative measure and may go a long way in deterring young people from beginning to smoke. Providing more education about smoking was seen as a valuable use of resources. Some participants expressed that access to care in general needs attention, and this complements what we heard in the question about resources. If people were aware of and could afford resources and programs that are available to them, they may be more likely to take advantage of them to help stop smoking.

Some people suggested raising the taxes on cigarettes, or even raising the taxes on cigarettes while simultaneously decreasing the cost of nicotine patches. On the other hand, we heard some comments that there could be several unintended negative impacts of raising taxes and imposing additional legislation, especially for Indiana residents. For example, several questioned if laws influence smokers to quit and prevent.

What would your reaction be if Indiana increased the tax that is paid when buying cigarettes?
Over 50 people surveyed were either indifferent to increasing cigarette taxes or they were in support of it. However, a few people noted that increasing taxes on cigarettes would unfairly burden the poor. On the other hand, many thought that increasing taxes might allot more money to health care spending related to smoking and its effects.

As was discussed in the context of lawmakers’ role in Hoosiers’ health, there could be unintended negative impacts of raising taxes. For example, many questioned where money would come from if our state’s government grows to rely on cigarette excise taxes and then people stop smoking. Another concern that was raised was about the job industry related to tobacco farming and production. Several participants noted that they thought imposing more legislation could have adverse effects.

Have you ever quit smoking? If yes… Congrats! What motivated you to quit and how did you do it?
Most people who stopped at our booth this day said they had never smoked, and therefore this question did not apply to them. However, several people who had smoked in the past said that when the cost of cigarettes increased, taxes were a major motivator to quit smoking. Many people had additional motivational reasons to quit, like family and kids who encouraged them.

Another major motivator for many who had quit was watching loved ones suffer from the negative impacts of smoking, such as illness and even death.

What do you think about this information? We’d love to hear your thoughts and responses to these questions – please tell us in the comment section below.