This is your brain on cigarettes. How and why to quit.

Editor’s note: many thanks to guest author Raeesa Gupte for this post. Learn more about Raeesa below.

Rebecca started smoking when she was 16 years old. At 33, she was diagnosed with depression and she frequently turned to cigarettes to help with her feelings. When she tried to quit but failed, she felt even more depressed. Smoking for her became a vicious cycle.

Every day in the United States, 2,000 kids under 18 years of age smoke their first cigarette and 300 become daily smokers. Most people are aware of the harmful effects of smoking on the heart and lungs. Advertisements that urge people to quit smoking often focus on diseases such as asthma, cancer, heart disease and stroke.

But did you know that smoking can also affect the brain? In fact, chemicals found in cigarettes can change the brain in ways that make it difficult to quit smoking. 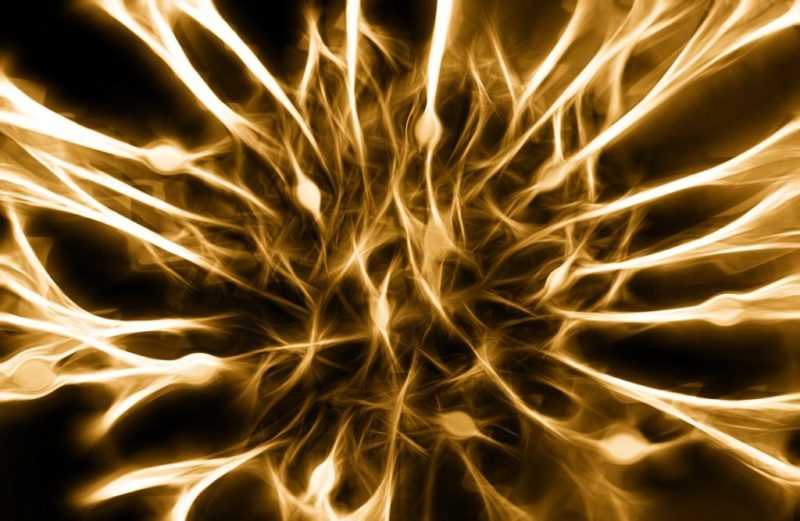 The nicotine in cigarettes provides instant gratification by activating the brain’s reward centers.

Nicotine in cigarettes and other tobacco products, including e-cigarettes, is responsible for their addictive effects. To your brain, nicotine looks very similar to acetylcholine. (Their names even sound similar, as they have similar chemical structures.) This phony lookalike, nicotine, can successfully bind and unlock the acetylcholine receptors on neurons.

When you inhale cigarette smoke, nicotine is rapidly absorbed into your blood and transported to your brain. Here, it activates the pleasure and reward centers of your brain, reinforcing the habit and ultimately leading to addiction.

Repeated nicotine use causes the acetylcholine receptors on your brain cells to work overtime because they are being kept open by both nicotine and the body’s natural acetylcholine. To avoid exhausting these receptors with a constant barrage of messages, the brain limits its own acetylcholine production. Over time it starts relying on the externally supplied nicotine for normal functioning.

This is why when people stop smoking they experience unpleasant effects such as mood swings, tremors and increased appetite. These withdrawal effects often make it difficult for long-term smokers to quit smoking.

The dangers of teen smoking

During adolescence, the brain undergoes extensive developmental changes. However, different brain regions develop at different speeds and at different times.

For instance, brain regions involved in processing emotions (the hypothalamus, midbrain, nucleus accumbens and amygdala) undergo extensive developmental changes at puberty. Brain regions involved in rational thought, decision-making and impulse control (prefrontal cortex), on the other hand, continue to develop at a slower pace throughout adolescence and well into adulthood. Were you a moody teenager who couldn’t seem to control their impulses and actions? Now you know why… Strong emotional processes but underdeveloped cognitive processes may lead to impulsivity and susceptibility to peer pressure – behaviors that are commonly associated with smoking.

“Adolescents progress faster to nicotine dependence than adults, find nicotine more rewarding, underestimate the risks of smoking, and are more influenced by smoking behavior in their social milieu.” – Goriounova and Mansvelder, 2012.

While impulsivity, social interactions and easy access to cigarettes may motivate teens to start smoking, other factors determine whether this initial behavior will become a habit.

One factor is the sensitivity of the adolescent brain to the pleasurable effects of nicotine. Animal studies have shown that acetylcholine receptors in the adolescent rat brain have higher affinity (greater attraction) for nicotine than do receptors in the adult rat brain. When adolescent rats were chronically exposed to nicotine, it produced longer-lasting changes in acetylcholine receptor expression and neurotransmitter signaling that was not observed in adult rats.

The age when people smoke their first cigarette and the sensations they associate with this initial experience also determine their smoking habits later in life. For example, young people who smoked their first cigarette at an earlier age associated more enjoyable sensations with it and were more likely to be regular smokers by their early twenties.

Lastly, our genes may have a modest influence on our nicotine sensitivity and dependence. 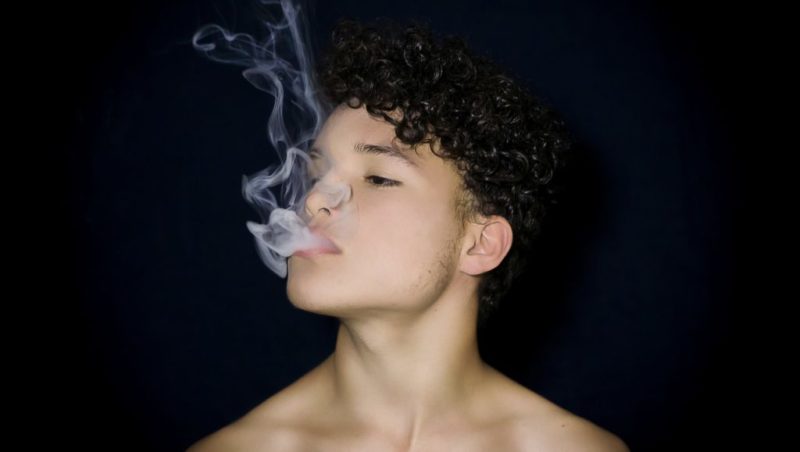 Those who start smoking in their teens are more likely to be regular smokers by their twenties.

The long-term impacts of smoking on brain health

Smokers often rely on cigarettes to deal with symptoms of depression and anxiety. In fact, the calming effect of a cigarette, due to temporary relief from nicotine withdrawal, is often mistaken for relief from anxiety or depression. Moreover, smoking negatively impacts mental health. In an analysis of 148 scientific studies looking at the association between smoking behaviors and mental health, over a third of the studies reported that prolonged smoking increases susceptibility to depression and anxiety.

“Approximately 1 in 4 (or 25%) of adults in the U.S. have some form of mental illness or substance use disorder, and these adults consume almost 40% of all cigarettes smoked by adults.” – NSDUH Report

Often, what is bad for the heart is also bad for the brain. Cigarette smoking is associated with an increased risk of heart disease and stroke. An analysis of 43 studies also found that smoking is a significant risk factor for Alzheimer’s disease. How smoking contributes to cognitive decline is not entirely clear, but change in brain structure is a possible mechanism. Compared to non-smokers, smokers had lower grey matter volume in several brain regions including the prefrontal cortex, thalamus, amygdala and hippocampus. (Remember that these regions are associated with the processing of emotions, impulse control, stress responses and rational decision-making.)

Smokers also had significantly lower white matter integrity in the corpus callosum – the bundle of nerves that connects the two brain hemispheres. Grey and white matter atrophy are signs of brain aging. Therefore, smoking may lead to decline in cognitive performance by prematurely aging the brain. 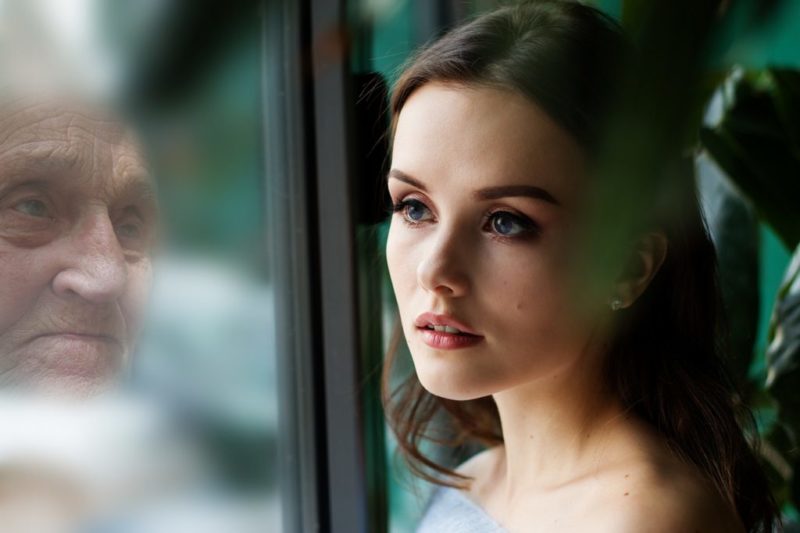 Be a quitter: Stop smoking!

The 2014 Surgeon General’s Report identifies smoking as a “modifiable risk factor” for lung cancer, cardiovascular diseases including stroke, and neurological disorders including ADHD and Alzheimer’s disease.

When combined with non-modifiable risk factors such as age and genetic constitution, lifestyle choices such as smoking may further increase your risk of disease. For instance, smoking in midlife increases the risk of developing Alzheimer’s disease later in life in individuals genetically predisposed to the disorder.

Dr. Marc Rovner is the Medical Director of COPD Population Health and Pulmonary Rehabilitation at Indiana University. Indiana has one of the highest rates of smoking prevalence among all US states. To promote smoking cessation, the state now allows residents to get smoking cessation aids and medication without the need for a prescription.

“Smoking cessation needs to be approached as a nicotine addiction problem,” Dr. Rovner said. “It’s a neurobiological issue with psychological and habitual components. We need to stop looking at nicotine addiction as a weakness and treat it with the same urgency as the opioid crisis. In some ways it is worse because it has been going on for much longer.”

How to quit smoking

Rebecca is now 57 years old and a former smoker. The birth of her grandson finally helped her to quit smoking. “I finally realized I had to look to myself for my own happiness and health. I had to quit,” she says in the Tips From Former Smokers ad campaign for the Centers for Disease Control and Prevention (CDC). She got help for her depression and took up running. She doesn’t need cigarettes to cope with her feelings any more. Her advice to other smokers is, “Quitting isn’t about what you give up. It’s about what you get back.”

Several approaches are used to help people to stop smoking. Nicotine replacement therapy eliminates cigarette use by delivering a controlled dose of nicotine via patches, gums, lozenges or nasal sprays. The nicotine dose is gradually tapered off to minimize nicotine withdrawal symptoms and promote abstinence. Prescription drugs such as varenicline and bupropion may be used along with nicotine replacement.

Cognitive behavioral therapy is used to help people manage their cigarette cravings. Smokers who quit often relapse into their old habits after a few weeks. A Stanford University study found that patients who received extended behavioral training to resist smoking urges were more likely to abstain from cigarettes 20 weeks after they quit smoking.

Mindfulness training is a newer approach that helps smokers identify and overcome behaviors that trigger smoking. A brain region called the posterior cingulate cortex is activated in response to smoking cues (e.g. watching an actor smoking on TV). Mindfulness training helps suppress the activation of this brain region in response to smoking triggers. Interestingly, this study found that mindfulness-mediated smoking cessation was more effective in women than in men.

Try these mindfulness prompts to help you stop smoking.

“The first step of a mindfulness approach involves becoming aware of the immediate effects of smoking. For example, when I have my patients pay attention to smoking, they describe a ‘burning feeling’ as they inhale, and mention that cigarettes don’t taste good and the smell of smoke is unpleasant. Paying attention to the experience of smoking is quite different than distractedly smoking while staring at a smartphone or talking to someone.

Potential quitters then learn techniques to ride out cravings by focusing on associated physical sensations such as tightness, heat, contraction, and the like, and simply being aware of them over time as they come and go (rather than reactively and automatically smoking, distracting oneself, or doing something else to make the sensations go away).”  – Jud Brewer, M.D. 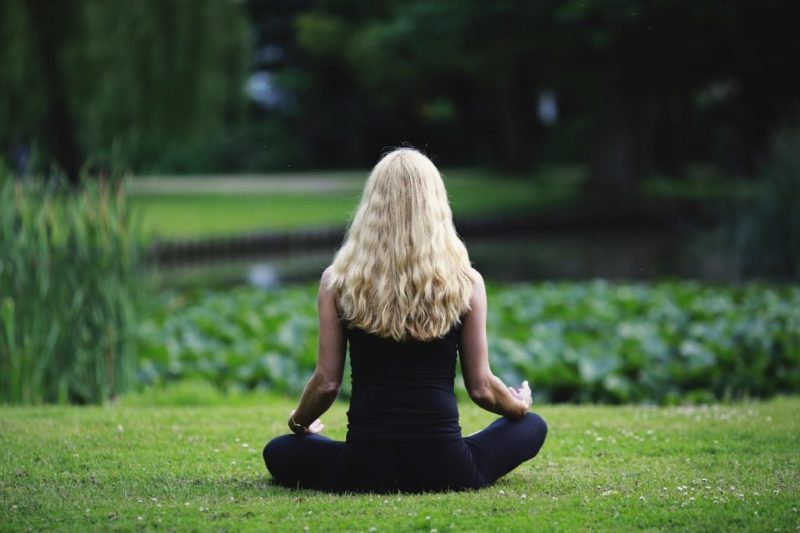 There are many health research studies evaluating the impact of smoking and the effectiveness of interventions such as exercise, mindfulness, and smartphone-based apps on stopping smoking. Register as a health research volunteer and search for smoking-related studies here.

About the author:
Raeesa Gupte, PhD, is a neuroscientist turned science writer. She likes to keep up with the latest discoveries in neuroscience and enjoys writing about evidence-based practices to improve brain health.